The Parkinson Madrid Association (APM) is a non-profit organisation whose main mission is to improve the quality of life of people affected by Parkinson’s disease and their families. It was founded in 1994 and declared a Public Utility Entity by the Ministry of the Interior in 2001. The Madrid Parkinson’s Association currently has 2000 members, 130 volunteers and 58 workers.

In an interview with Ms Jennifer Jiménez Ramos, who is a Project Manager at APM and a TeNDER partner, PlatformUptake.eu discussed the role of digital technologies and open platforms for the improvement of quality of life of older people affected by Parkinson’s disease.

On the question of how important the technological support for older people and carers from the organisation’s perspective is, the interviewee stated that the current global health situation has brought to the forefront the usefulness of new technologies regarding the provision of care and paying attention to the needs of older people. Ms Ramos continued by explaining that a pandemic does not need to be present for this to happen. The older people often have difficulties in getting around, due to their own health problems, to the absence of people who can accompany them, or to the place where they live. For this reason, new technologies provide their carers and family members with a great opportunity to get closer to them and provide them with quality services and security in their daily lives.

Next, Ms Ramos was asked if APM has used or developed open platforms or AAL/AHA solutions to support older people, family carers, and care professionals. And if so, she was asked to provide some examples. According to the interviewee the Parkinson Madrid Association has already participated in several projects aimed at creating integrated care systems with the monitoring of patients’ symptoms and activity and creating a communication network between the different actors involved. Thus, the initiatives sought to promote the interrelation between patients, carers, and professionals and increase patients’ autonomy and quality of life. Moreover, as a result of the projects caregivers can feel calmer and relieved of the guilt that often derived from leaving their loved ones alone. Professionals also benefit from the developed systems by having objective, real-time data on their patients’ symptomatology and activity.

Finally, the interviewee was asked to highlight some important aspects of the APMs work. Ms Ramos explained that during the COVID-19 crisis, the association has developed a new project to provide streaming rehabilitation for everyone. The sessions are open through the association’s website using a live Youtube channel. In addition, APM has launched its own application for remote therapies, enabling older people to receive their treatment both individually and in groups.

According to Ms Ramos the specialisation of the professionals at the Association make it an ideal place for students from different disciplines to train, not only in their specific area of studies but also within the provided service model. Additional courses, workshops, and conferences are held by ATM for caregivers and those who are affected by Parkinson’s disease. Every year the organisation carries out 2 major general awareness events, International Parkinson’s Day, and its own campaign in Madrid – “Music for Parkinson’s.”

To conclude the interview Ms Ramos explained that APM promotes innovation in all the therapy disciplines. The organisation offers and frequently expands its services in the search for the latest treatment trends. For example, it has added activities such as Pilates or Taichi to its catalogue of services. It has also acquired virtual reality equipment to include in its sessions. 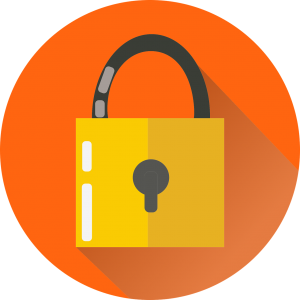 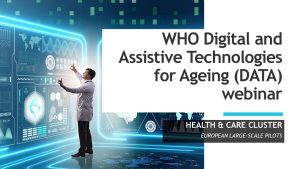 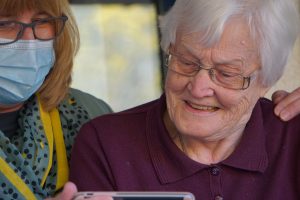 The first wave of pilots: Views from the ground 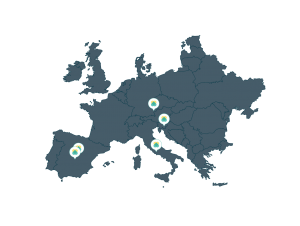